Why Digital Classrooms Are Here To St...

Simplify Your Workday by Standardizin...

Filter By Categories
By ClarkPowell October 26, 2016

How Interactive Wayfinding Is Helping the Visually Impaired

From GPS voice navigation to VoiceOver mode on smartphones, technology has come a long way in helping the visually impaired achieve independence. Until now, however, the visually impaired have had to deal with a roadblock known as the “last mile” problem. The “last mile” problem is what happens when existing wayfinding applications lose the signal once users get inside of buildings, leaving them at a loss.

Touch-responsive and interactive wayfinding may hold the key to empowering the blind and visually impaired through independent navigation. The Carroll Center for the Blind has a new series of talking, touch-responsive maps that sense the location of a user’s touch on its surface and announce information about that particular feature. Campus maps have touchable, 3D images while building interior maps use raised and textured surfaces for navigation. The blind and visually impaired can explore these maps using their hands and fingers and memorize the directions for walking to their destinations.

Another interactive indoor navigation tool is the PERCEPT app, developed at the University of Massachusetts. The PERCEPT app incorporates interactive spaces with which users can interact in real time. It is useful for when a user’s destination changes often, like when traveling by subway when there is a detoured route or construction within the station. This means the PERCEPT app provides detailed navigation instructions that take into account any changes to a destination’s physical layout.

Interactive wayfinding solutions are a helpful resource in schools for the blind. The Perkins School for the Blind in Watertown, MA, has talking touch-screen maps that respond with the names of each building and road; the maps are equipped to handle four users at once.

Other facilities are also incorporating interactive, touch-based wayfinding maps for indoor navigation. Talking maps at Chicago Lighthouse use overhead video projection to illuminate a talking map on an interactive surface. The San Diego Museum of Art recently installed a few touch-responsive talking tactile exhibits thanks to Touch Graphics. Developments like iBeacon have the potential to bring interactive wayfinding to the public sphere in regular shopping malls and plazas. iBeacon works with the BlindSquare app, a version of Foursquare for the blind and visually impaired, to help users navigate spaces such as malls.

During a test, the creators of iBeacon installed the technology in strategic locations in a mall in Finland. Users accessed their smartphones’ BlindSquare app when they passed an iBeacon, which communicated aloud using multisensory technology. With the help of iBeacon, blind and visually impaired people can hear their location and receive directions to their next destination. As awareness for the blind and visually impaired grows, interactive wayfinding technology is growing as well.

The future of smarter accessibility for the blind and visually impaired looks bright. As more establishments recognize the importance of implementing interactive wayfinding, the trend towards accessibility is more prevalent. Predictions for the future are based on touch becoming a more important aspect of device interaction. Indoor navigation maps only scratch the surface of what’s possible. Touch has the potential to revolutionize the daily life of the blind and visually impaired. As touch moves toward 3D, users can imagine endless possibilities, such as interactive sculptures, steering wheels, shopping carts, etc. In short, talking map installations are just the beginning. 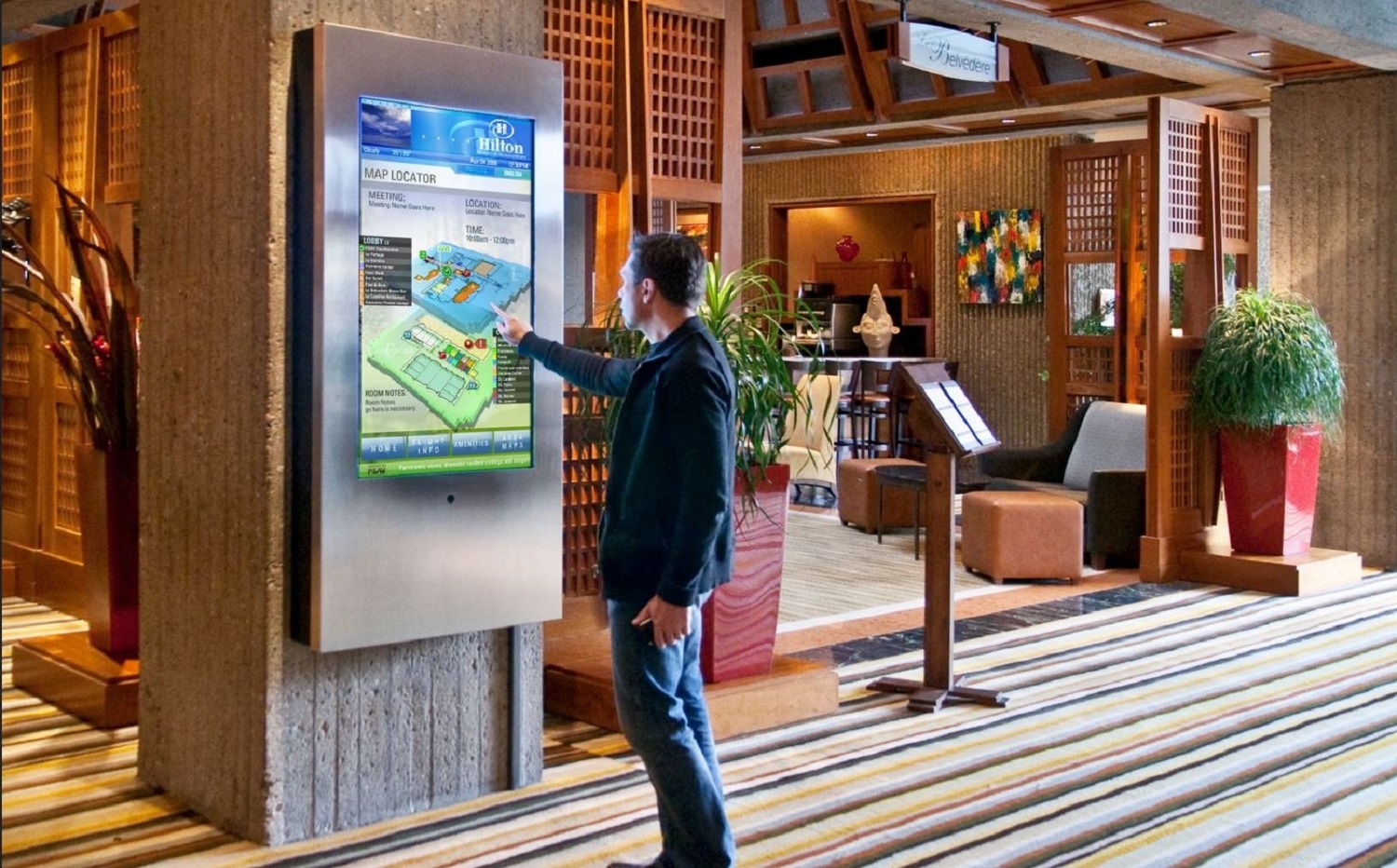 AV Technology and Its Impact on Higher Education

Converging AV and IT: Is a Change Finally Happening